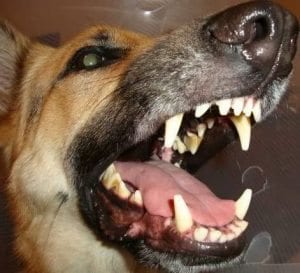 On Tuesday June 18, 2013, K-9 Shadow died in the line of duty after a blood clot broke free within his body during a training exercise. K-9 Shadow began his career in 2008 after being donated to the City of Hanahan by the German Shepherd Rescue of Charleston, SC. K-9 Shadow was paired with Sgt. Lanphere in 2008 after completing his initial training in North Carolina. K-9 Shadow was a dual purpose K-9 and was responsible for 27 non-bite apprehensions, 1 bite apprehension and located a large amount of illegal narcotics during his career.

During the time that Sgt. Lanphere and K-9 Shadow were a team, they became the cities only working dog team. Every year in October they attended the North American Police Working Dog Association (NAPWDA) conference in order to maintain their certification. Every year they obtained the highest level of certification of “Utility Team”, passing every area of testing flawlessly.

On April 6, 2009 Sgt. Lanphere conducted a traffic stop near the Hanahan High School. Shortly after the traffic stop began, the driver attacked Sgt. Lanphere. During the assault, Sgt. Lanphere attempted to activate the emergency door release on the patrol car but the equipment failed. Sgt. Lanphere recalled the following; “While I was fighting with the suspect and attempting to gain control over him, I pressed the ‘Rescue’ button on my belt. The suspect kept hitting me and proceeded to take me to the ground. Once I hit the emergency button I looked over at my patrol car and noticed that the door had not opened. I could see Shadow through the windshield ramming the passenger door in an attempt to open it…it never opened.” Sgt. Lanphere was able to get the suspect in handcuffs shortly after and ending the assault.

“People who have never worked with an animal and had to rely on one in a life or death situations will never fully understand the bond that we K-9 handlers have with our partners. Driving around on patrol with a dog is one of the most exciting and rewarding opportunities in law enforcement. You get to go and do things that the majority of patrolmen never get to experience. The K-9 community is extremely close; it’s a family within a family. The night that Shadow died will forever be fresh in my mind. While carrying him into the emergency room he lifted his head and licked my right cheek. I laid him on the table and held his head while the medical staff ran tests. I looked down at him and we made eye contact and the look in his eyes broke my heart. I knew that this was going to be it, he was dying. Moments later his head jerked back and he was gone. That night a huge part of me died and I lost a dear friend and partner. The next day K-9 Shadow was given a law enforcement funeral and a final ride in our patrol car.”

During the funeral, the procession made its way through the Tanner Plantation Community. Foster Creek Road was lined with citizens holding American flags, homemade signs thanking K-9 Shadow for his service as well as expressing the sadness of his loss. Sgt. Lanphere recalled that day, “It was very moving seeing all those people standing on the side of the road holding the flags for my fallen partner, it made me fully realize the impact that he and I had on this community.”

After the passing of K-9 Shadow, memorial stickers for him could be seen on the patrol cars of the Hanahan Police Department. The flags were flown at half mast for a week and letters came from all across the country expressing sincere condolences to the City of Hanahan Police Department and for Sgt. Lanphere. “Shadows legacy lives on in the hearts of those that served with him and with those that had the pleasure of meeting him.” Sgt. Lanphere

“Ever loyal, ever vigilant…..And when our time together is done and you move on in the world, remember me with kind thoughts and tales, for a time we were unbeatable, nothing passed among us undetected. If we should meet again on another street I will gladly take up your fight. I am a police working dog, we are the Guardians of the Night.”