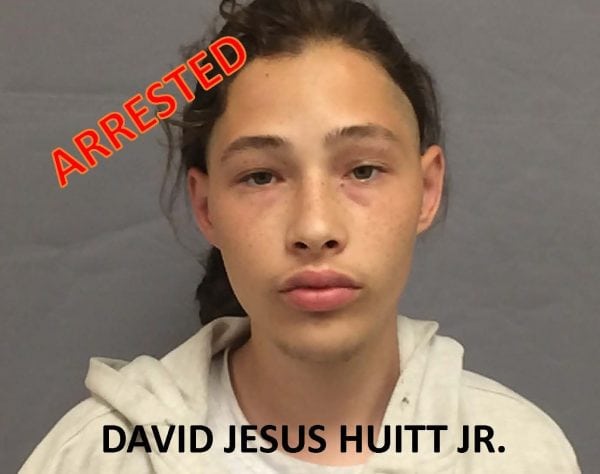 On April 26, 2018 at 1:15 am, the Hanahan Police Department responded to the 1100 block of Brookside Drive in reference to a homeowner chasing three individuals in who were observed in his driveway and one of them was pulling on the door handle of his vehicle. Numerous police officers responded to Brookside Drive and after an extensive search, an adult male and a juvenile were located in the woods along Turkey Creek Bridge; we were unable to locate the third individual.

The juvenile was released to their guardian and the adult male, David Jesus Huitt Jr. who is currently residing in North Charleston, was arrested. Mr. Huitt has been charged with Simple Possession of Marijuana and Tampering with a Motor Vehicle. Our Detectives are continuing to investigate this matter and there is the possibility of additional charges being filed and arrests being made.

As a reminder, please call 911 immediately if you ever see anything suspicious going on so your police officers can respond and investigate what is going on.